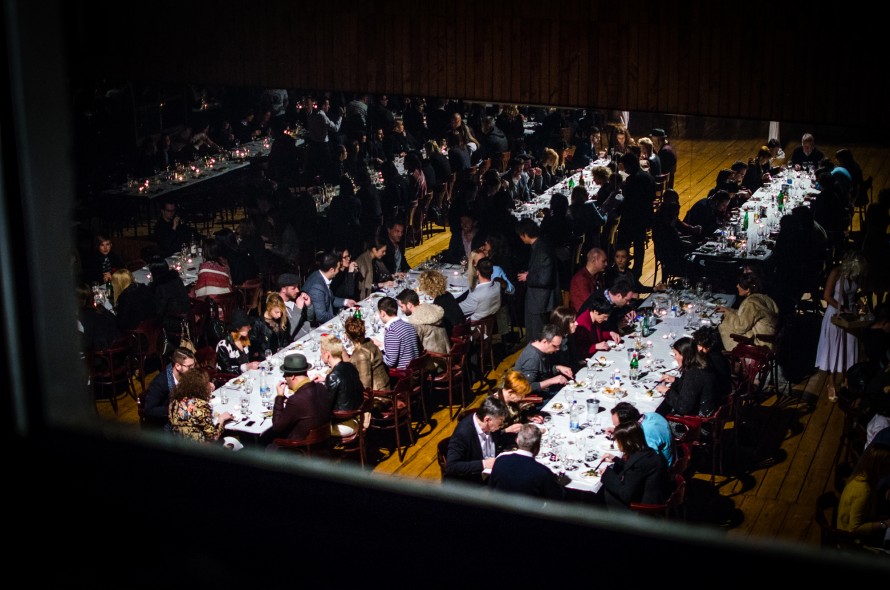 To all the heroines and heroes that came to the first ever event of Belgrade Supper Front 2015:

You were brave enough to buy a ticket for the first Belgrade Supper Front event, without knowing what to expect or where to go.

You were brave enough to go through a dark industrial terrain to find the location.

And you were brave enough to resist the cold.

We, the ones behind the scenes, knew things would not be perfect the first time. As it won’t be the second time. And all times to come. If you build an entire restaurant for 150 people for just 3 hours, surprises happen. And that’s good, because perfection is for boring people.

However, we did not know it would be cold. And we did not planned it to be cold. And we were told it would not be cold. But it was. But we were warmed up, by you and your reactions. You who are already reserving tickets for the second event. You who were so enthusiastic about the performances. You who loved the food so much.

If you did not like it this time, you probably won’t next time. But those who understand what Belgrade Supper Front is trying to do can look forward to a better, tastier and much warmer second edition. You will be the first to know about it.

Until then , bring back the memories of the first edition with the pics in the gallery.

And feel like a hero, because we know you are!

In the heart of the city at Cetinjska 15